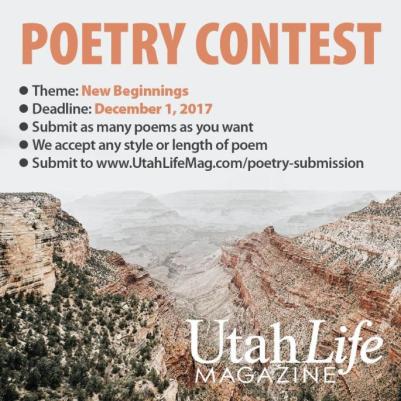 Utah Life Magazine is debuting in March 2018. Every issue will feature poetry from around the state of Utah. Each issue’s poetry will be selected based on a theme. The theme for the March 2018 issue is “New Beginnings,” and the deadline is December 1, 2017.  “We look for poems that reveal the many facets of life in Utah. We don’t have a limit on style or number of lines (though poems usually range between three and twenty lines). There is also no limit to the number of poems per submission. Poems are printed to coincide with a theme announced in previous issues. Original work is preferred, though occasionally work published previously in anthologies, books or other sources may be considered.”