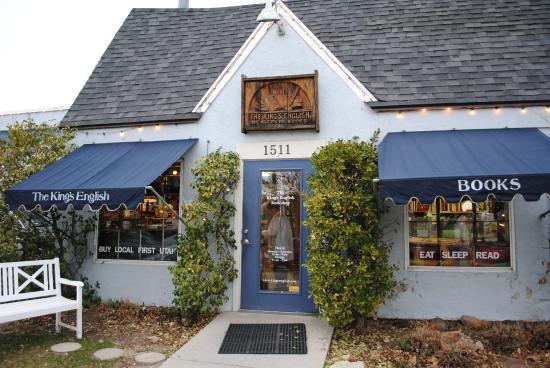 It was standing room only at the 15th Street Gallery in Salt Lake City Saturday, September 30th. Everyone wore new fall outfits or old favorites brought out of storage for, even though the sounds of children trying to wring a few more evenings outside out of summer 2017 could be heard through the open doors, the night was definitely chilly. Perfectly crisp. Perfect for an evening with two wonderful poets. The King’s English bookstore sponsored the event which, due to its appeal, had to be moved to the larger venue down the block. Dana Levin and Paisley Rekdal each read from their latest works to the packed house.

Dana Levin traveled all of the way from New Mexico to read from Banana Palace. She said the book evolved out of her growing anxiety for the future, which she described as technological change and an appetite (as in all sorts of greed.) She captivated the audience with four longer poems from Banana Palace. Her first poem, the title poem to the collection, attempted to explain Facebook to someone from an apocalyptic future. Incorporating modern technology into literature is often difficult, but this poem was charming. Her second poem was about her actual cat’s actual appetite, and she took a relatable subject for many and turned it into a clever metaphor about desire for the simple things in life. Her third poem explored how she and her bi-polar father bonded over food. It was an interesting look at how children react to a parent’s mental illness, as was her fourth poem, which chronicled her father’s melancholia using pop culture references like Krakatoa. She concluded her reading with a brand-new poem, “You Will Never Get Death Out of Your System.”

Paisley Rekdal, the Utah Poet Laureate, began her reading by explaining the terror of reading to people you know and will see again. Her new book, The Broken Country explores the trauma of war – the genetic components, new scientific studies, and the effects it has on families. She was inspired to write about this topic by her time spent in Vietnam. She read the first chapter which details a crime in Salt Lake City where a Vietnamese man went on a stabbing rampage. Her narrative describes the victims’ and witnesses’ experiences with compassion, but also instills a desire to understand the perpetrator’s circumstances and point of view. Most of the audience seemed enthusiastic about reading the rest of the book. As Poet Laureate, she couldn’t just read from a work of non-fiction, so she concluded her reading with a poem, inspired by a sculpture, an assemblage of plane parts, which she saw in a Vietnamese military museum in Hanoi.

The reading closed on that somber note. It was dark outside and the children had all gone home when the assembly adjourned to The King’s English down the street for the book signing and a meet and greet with the two poets.